As conversations about the safety of LGBTQ+ football fans at the 2018 football World Cup, held in Russia, intensified, we put together a roundtable discussion bringing together people involved in LGBTQ+ sports, both in the capital and beyond. Panellists included Gemma Teale from the LGBeeTs – a Brentford FC LGBTQ+ fan group; Viv Woodcock-Downey, Executive Coach and Facilitator of Brighton’s LGBT sport society; and Richie Anderson, BBC journalist. 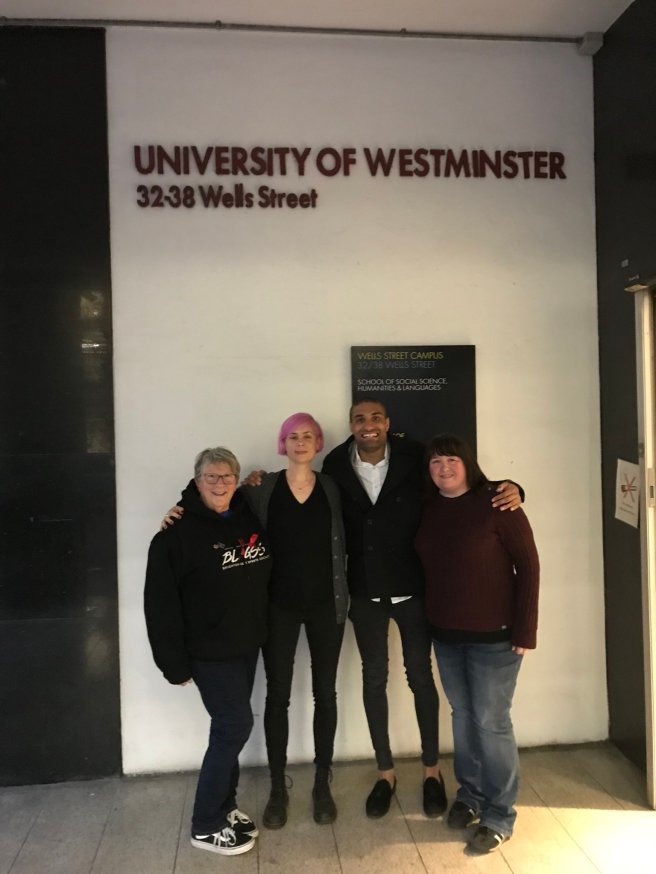 On 12 April, the Queer London Research Forum, based at the University of Westminster, hosted ‘Queer Sports: A Roundtable’, an event considering the challenges and pleasures of being a queer sports fan or participant. The Queer London Research Forum, co-directed by Senior Lecturer Dr Kate M. Graham and Reader Dr Simon Avery, aims to facilitate interdisciplinary discussion on various aspects of queer London, from the nineteenth century to present.

By bringing together academics, practitioners, students and anyone with an interest in queer issues, the Forum seeks to encourage dialogue and debate about the range of London’s queer lives and experiences.

On 12 April, the Forum hosted a roundtable discussion bringing together people involved in LGBTQ+ sports, both in the capital and beyond. Panellists included Executive Coach and Facilitator of Brighton’s LGBT sport society Viv Woodcock-Downey, who won the BBC Unsung Hero award for the South East in 2016, Gemma Teale from Brentford FC LGBTQ+ fan group, the LGBeeTS, as well as renowned Radio and TV Presenter Richie Anderson.

The conversation was wide ranging, including debates on the pleasures and challenges of being a queer sports fan, the importance of networks, of getting people involved in sport, and of changing perceptions of what it means to be a member of a sports team. The event also involved discussions about the upcoming Gay Games taking place in Paris as well as a short talk from Presenter Richie Anderson who shared the reactions to his video about coming out to his Sunday League football team.

Dr Kate M. Graham, Co-director of the Queer London Research Forum, said: “One of the most resonant moments of the event was when Gemma described the importance of being able to bring your queerness and your engagement in sport together. She pointed out that often when you’re a football fan, you hide the LGBTQ part of yourself and when you’re in LGBTQ spaces you often hide that you are a football fan, so being able, through the LGBeeTs, to bring them together was really valuable.”