The Queer London Research Forum (QLRF), based at the University of Westminster, was established in September 2013. It aims to facilitate interdisciplinary discussion on various aspects of queer London, c. 1850-present. By bringing together academics, practitioners, students and those with an interest in queer issues more generally, we seek to encourage dialogue and debate about the range of London’s queer lives and experiences. 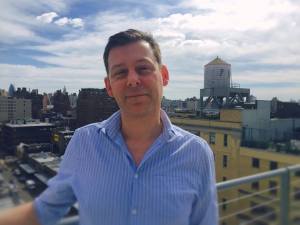 Simon Avery is Reader in Nineteenth-Century Literature and Culture at the University of Westminster and Co-Director, with Katherine M. Graham, of the Queer London Research Forum. His research interests include the relations between nineteenth-century literature, politics and gender; historiography and queer histories; and the 1890s. Publications include Sex, Time and Place: Queer Histories of London, c.1850 to the Present (ed. with K.M. Graham, Bloomsbury, 2016), Elizabeth Barrett Browning (Northcote House, 2011), Poems of Mary Coleridge(Shearsman, 2010), Thomas Hardy: A Reader’s Guide (Palgrave, 2009), and the Broadview edition of Hardy’s The Return of the Native (2013). He is currently working on a book about the Brontës and politics. 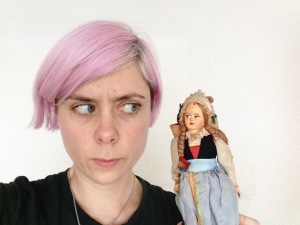 Kate is Senior Lecturer in English Literature (Theatre) and Course Leader for the BA Theatre Studies & English Literature and Theatre Studies & Creative Writing. She is co-director of the Queer London Research Forum, which she runs with Simon Avery and which was established in 2013 to investigate London’s queer histories, from the mid-1800s to the present. Under the auspices of the Queer London Research Forum Kate and Simon have published the edited collection Sex, Time and Place: Queer Histories of London (Bloomsbury 2016). She has forthcoming work on objects and gender in The Revenger’s Tragedy in The Revenger’s Tragedy: State of Play (Bloomsbury, 2017); the queerness of female revenge in The Maid’s Tragedy (Early Theatre journal, 2018); and on the relationship between strangeness and revenge. In 2011 Katherine was a Visiting Scholar at the Centre for the Study of Gender and Sexuality at New York University.

Kate has worked extensively in theatre as a lighting designer, writer and producer, working as artistic director of Guerilla Cabaret between 2005-2009. Currently, Kate is also a theatre reviewer for The Morning Star, her reviews are here and here.